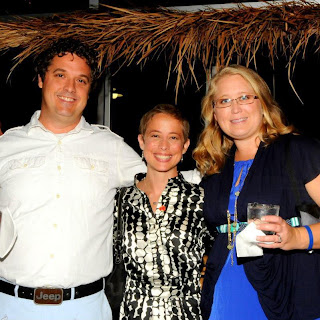 What a difference a year makes!  It is so hard to believe that today marks the one year anniversary of the kidney transplant.

For the past few weeks, I have been thinking a lot about the transplant, seasons in life and what a year can bring.  Several weeks ago at church I was in tears.  We were singing the Desert Song.  A song I love.  A song that we sang almost exactly a year earlier.  At that point a year earlier, we were in the desert, in the battle and fully dependent of God to get us through.   It was at that point that we were still waiting for insurance approval and a surgery date.  I remember the stress and anxiety about getting up to NC.  We (and I mean mostly me), wanted to make plans and know when the surgery date would be.  It was a tough time that really required Jeremy and I to fully depend on God.

And now a year later, our scenario is completely different.  We are on the mountain top.  We have great things to celebrate and many more blessings to come.  We are awaiting the arrival of our twins.  And now our lives are consumed with making plans for the nursery, buying all the baby gear and preparing for two little lives to become part of our family.

But that song at church a few weeks ago reminded me that our life circumstances shouldn't determine our dependence on God.  A year ago I needed God to help me get through every day.  And now I look forward to every day.  But do I declare that I will depend on Him, praise Him and trust Him in every season? God does not promise a trial free life, but He does promise to never leave us.  We are just required to trust Him, even when things get tough.  So my prayer for myself is that I remember that.  Sometimes it is easier to have full dependence on God during the hard times.  The times when you know you can't do it on your own and the only reason you have peace is because of God.  But I also need to remain dependent on Him now during the good times.  And know that He is the only true source of Hope.

So now that it is a year later, there are many things to celebrate!

The biggest one is that both Ashley, Jeremy and Jash are healthy!  At Ashley's one year post op appointment, they said she is doing far better than they ever expected.  Her kidney functions are amazing.  Of course she has had a few physical things come up - after all this is not a cure.  But overall, she is doing Great!

Jeremy had another follow-up appointment about a month and a half ago.  They had to do a 24 hour pee test to get a more accurate result of his kidney function.  That test came back that his kidney function is at 84% - their goal for him was 80%.  So he is also doing great.  Really, you would never know he gave up a kidney a year ago. 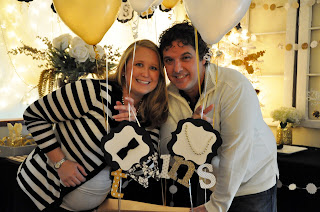 And of course, the other happy news is that I am pregnant.  Right now I am 27 weeks, almost 7 months along.  The babies are due May 24th, but we expect them to come a little early.  They are both doing great and are healthy.  We are beyond excited to be pregnant and to be having a Boy and a Girl just makes it even sweeter.

As we celebrate the one year anniversary, we are reminded of all the people who supported us and cheered us on during the process.  Jeremy, Ashley and I are so thankful for the support system and friends we have - really we can't express enough how much it means to us.  Thank you to everyone who prayed for the insurance approvals, gave words of encouragement when things looked bleak, held our hands during surgery, cooked us meals and kept us company.  We love you and could not be celebrating this year anniversary without you all.
Kate

Today was a very powerful day. We accomplished a great deal of work in our work projects, but more importantly we had time to listen to stories. For me, (Mike) it was especially exciting to listen to Tom and Jim tell us the stories and hear their passion for reaching previously undiscovered Indian people. One of the things they are most proud of is their work with the Shipibo Indians. The Shipibo Indians are regarded as the lowest class in Peru; it is interesting to see two men who have been so committed to reaching "the least of these" and offering them a place to stay when they come to town, and a chance to reach their own people with the Gospel.
The sewing room was also powerful today. After spending a week working with the Indian women every morning our team has been able to break the natural walls and the language barrier to develop relationships with the women. We've been amazed by the way God has allowed us all to communicate on this trip. In the sewing room, all of us are speaking a second language. Spanish is a second language for the Shipibo Indians and for our team, but despite that barrier we are able to teach techniques that can help better their lives while laughing and sharing life. Today the Indian women were more confident in the sewing techniques we've taught them this week. They were all diligently working on a third sewing project were helping each other along the way. They were also sharing jokes about our team members' personalities and expressing their pleasure in the time we've had with them this week.
Posted by jeremymorris at 11:42 PM 0 comments

We are on the tail end of dry season, getting ready to start the official rainy season, here in Peru. Today did not get the memo that we are in the end of dry season, as it rained all day. The rain impacted the amount of work the men were able to accomplish, as they were only able to work inside under cover. The men worked hard to mix 16 wheelbarrow full loads of dirt and cement, and get it poured during the morning, but were unable to do anything other than this.

The ladies worked hard in the sewing room again this morning, working tirelessly to help the ladies finish the shorts they started yesterday. The ladies that are learning to sew are incredibly excited at the new skills they are learning. Several of them have already made some of the bags they were taught to make on Monday.

Tonight our team headed out to the South American Mission prayer meeting: a gathering of missionaries from the area from different missions organizations getting together to pray. We had a great time sharing our stories with them, and hearing them share their heart and passion, for Peru, with us. We had a great time getting to know them, ministering to them through the international love language of ice cream socials, and spending time doing arts and crafts with their kids.

Please continue to pray for us, as we work on our projects, and for the rain to hold off as we continue to work on pouring cement in the entrance to the institute. Please also pray for the ladies, as they continue the most important work of the trip: teaching these women valuable life skills they can use to support themselves and their families as they go through the institute and share the gospel with the Indians in their villages.

Posted by jeremymorris at 10:52 PM 0 comments

Today several of the Indian ladies from the institute brought their homemade crafts to where we are staying and we were able to buy them. Not only are these items well made, it was satisfying knowing that we were helping out people who need it, with our purchases. Needless to say, we are happy to have purchased a large portion of our gifts and souvenirs without having to leave our lodging.

Besides having a great opportunity to shop, today we continued our work projects. The men mixed and poured two sections of cement; and cut and laid the rebar for the sections to be poured tomorrow. The ladies continued in the sewing room, teaching the women of the institute, in the morning, how to make shorts; definitely a necessary skill. In the afternoon, the ladies of the church were taught how to make wallets. One lady in particular, Celestia, was apprehensive, as she has been scared of sewing machines since she suffered an injury to her hand, in her youth. It's been rewarding to hear that since we started, on Saturday, Celestia has been going to her sister's house daily to practice her sewing. Today, she used the machine to make a wallet, and loved every minute of it; she was so excited to be caught up and enjoying the activities all of the other ladies were enjoying.

Regardless of how many square feet of cement the men pour, how many feet of rebar they cut and tie; the sewing room will be the most useful project of the trip. It is great watching the women teach the local ladies skills that will benefit them for years to come.

Please continue to lift us up in prayer as we continue to work. Today we had several members from our team encounter difficulty with dehydration. Also, please pray for us as we go to the South American Mission prayer meeting tomorrow night, that we will be an encouragement to them.

Posted by jeremymorris at 12:00 AM 0 comments 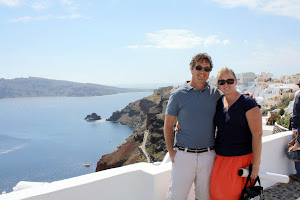 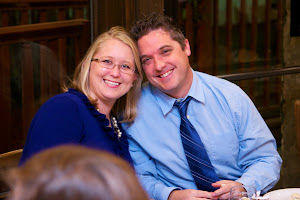